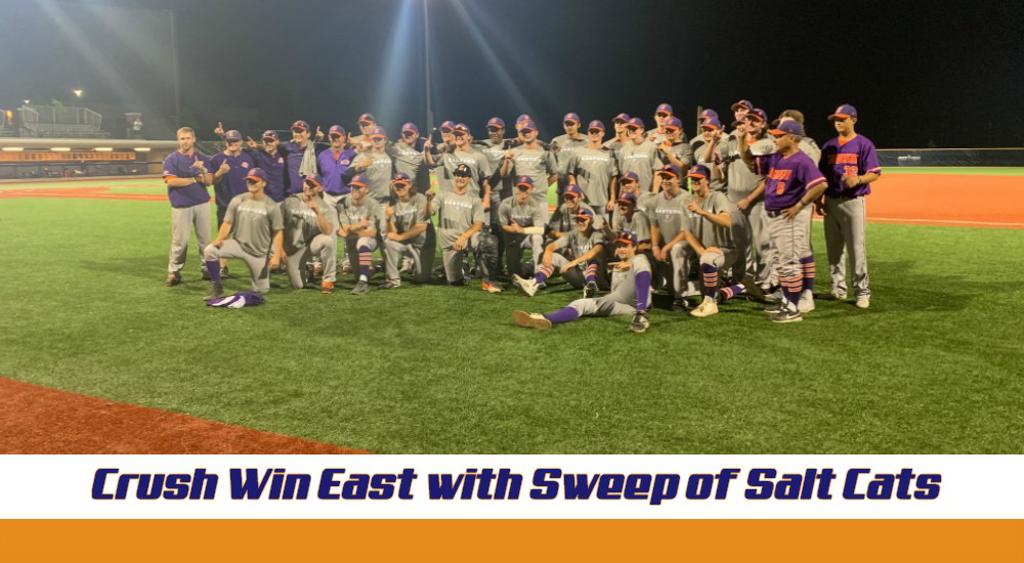 Offense was once again at a premium between the Cortland Crush and the Syracuse Salt Cats.
After a 1-0, 11 inning game in the series opener on Wednesday, the Crush and Salt Cats were tied at 1-1 heading to the top of the ninth. The Crush were looking to reach the NYCBL championship series while the Salt Cats were trying to force a game three.
With two outs in the top of the ninth and Dylan Nolan at second, the Crush loaded the bases after back-to-back walks from Hayden Houts and Anthony Cieszko.
After the walks, Salt Cats manager Mike Martinez appeared to come out to the mound to take the ball from relief pitcher James Hurley, but opted to keep Hurley in.
That decision proved to be costly. Jack Lynch came to the plate for the Crush and smacked a two-strike pitch into left field for a base hit. 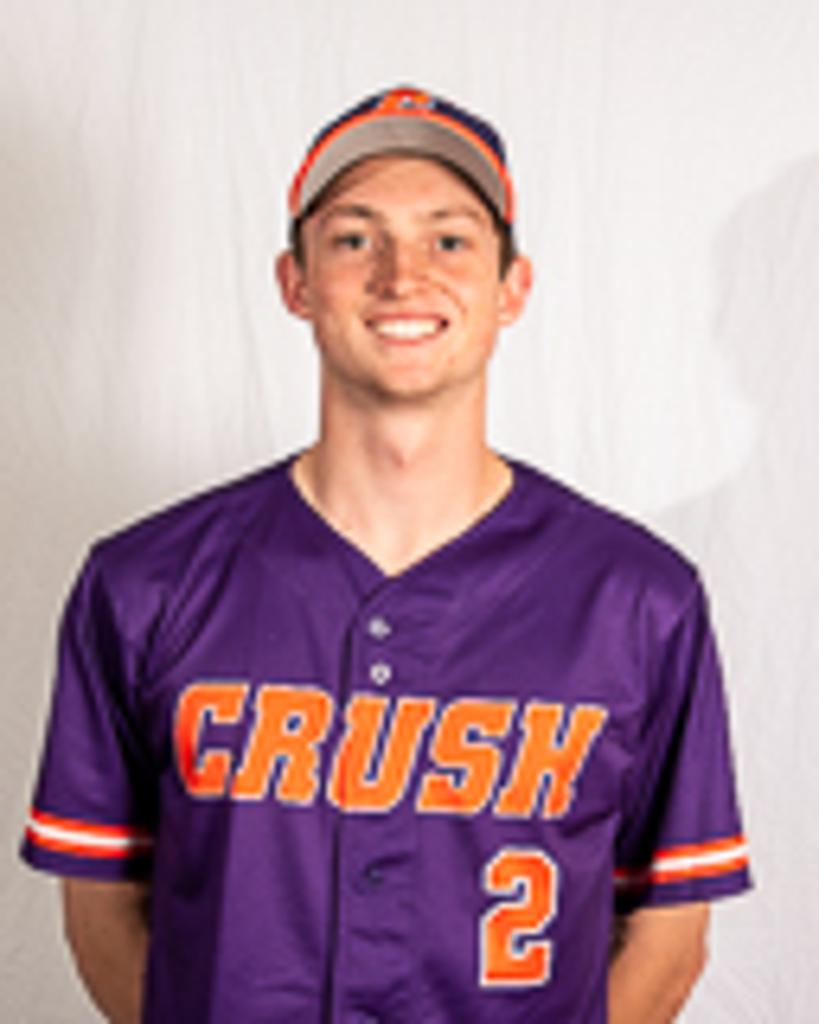 "I know I'm in a big situation at that point," Lynch said. "I knew he was probably going to pitch me away, so I was trying to drive it to left the whole time. It was a curveball low and out, I just tried to fight it off, but I got lucky and hit it down the left field line."
The base hit scored both Nolan and Houts, giving the Crush a 3-1 lead in the top of the ninth.
Cregg Scherrer came into the game on the mound for the Crush in the bottom of the ninth and did what he's been doing all season: saving games. The 18-year-old recent high school graduate struck out the side and finished off a 3-1 win. 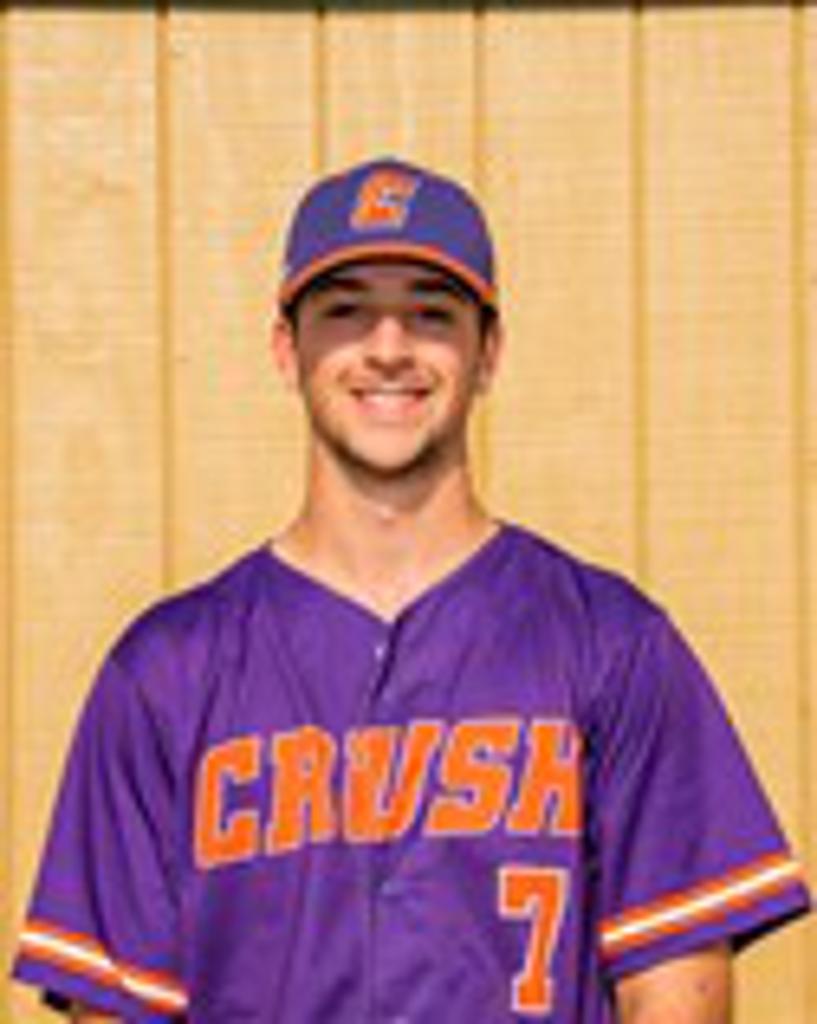 "I really just tried to stay comfortable and do what I've been doing the whole season," Scherrer said. "It (fastball) was feeling good, I felt like I had a couple good curveballs, I got curveball last pitch and I shook it off I wanted that fastball.
The win finished off a sweep of the Salt Cats and put Cortland in the NYCBL title game for the first time in team history.
"It feels like the Crush are hot," starting pitcher Brandon Shirley said. "We have each other's backs and that's what it's 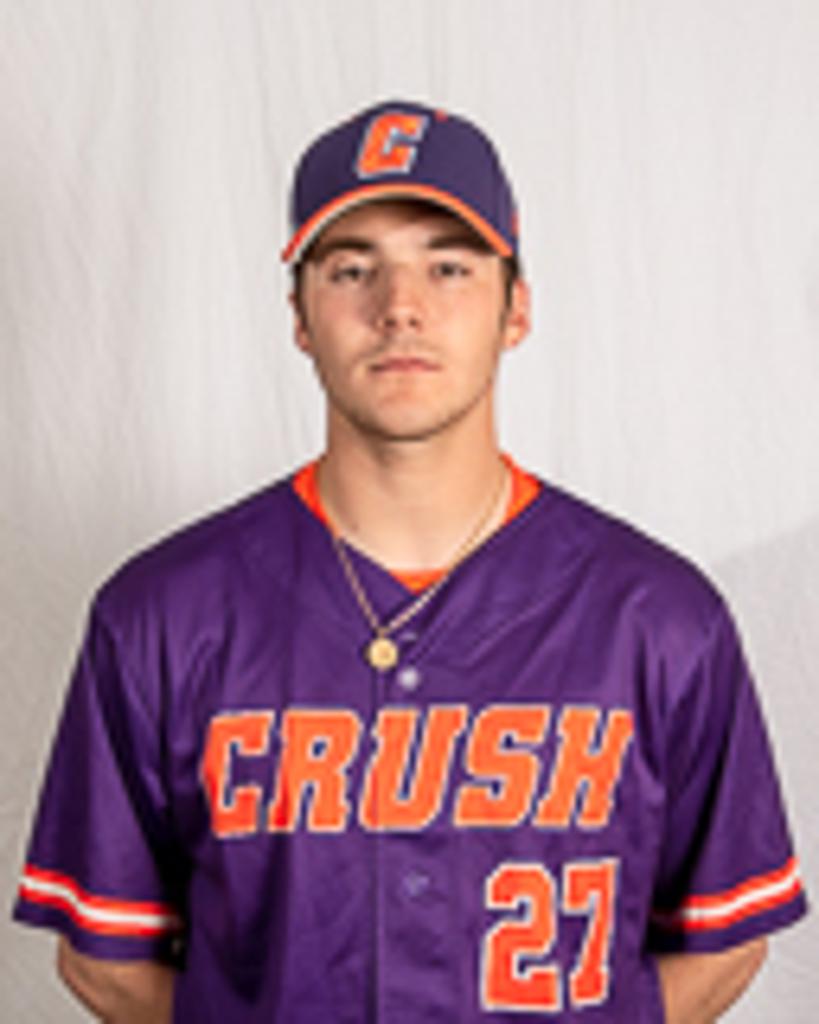 all about. We've been preaching family and Coach (Bill McConnell) goes 'are we going to be a brotherhood or are we going to be individuals and we decided to come together as a team, and we went on a role."
Shirley pitched a tremendous game for the Crush, going seven innings, allowing only one run on five hits.
"I felt really lose on the mound today, great thing the boys had my back today defensively because they were putting the ball in play. They've had my back all year," Shirley said.
The defense was flawless for Cortland, committing no errors.
Cortland jumped out to an early lead, scoring in the top of the first on Garrett Callaghan's single to left field that scored Stephen Bennett and made it 1-0. 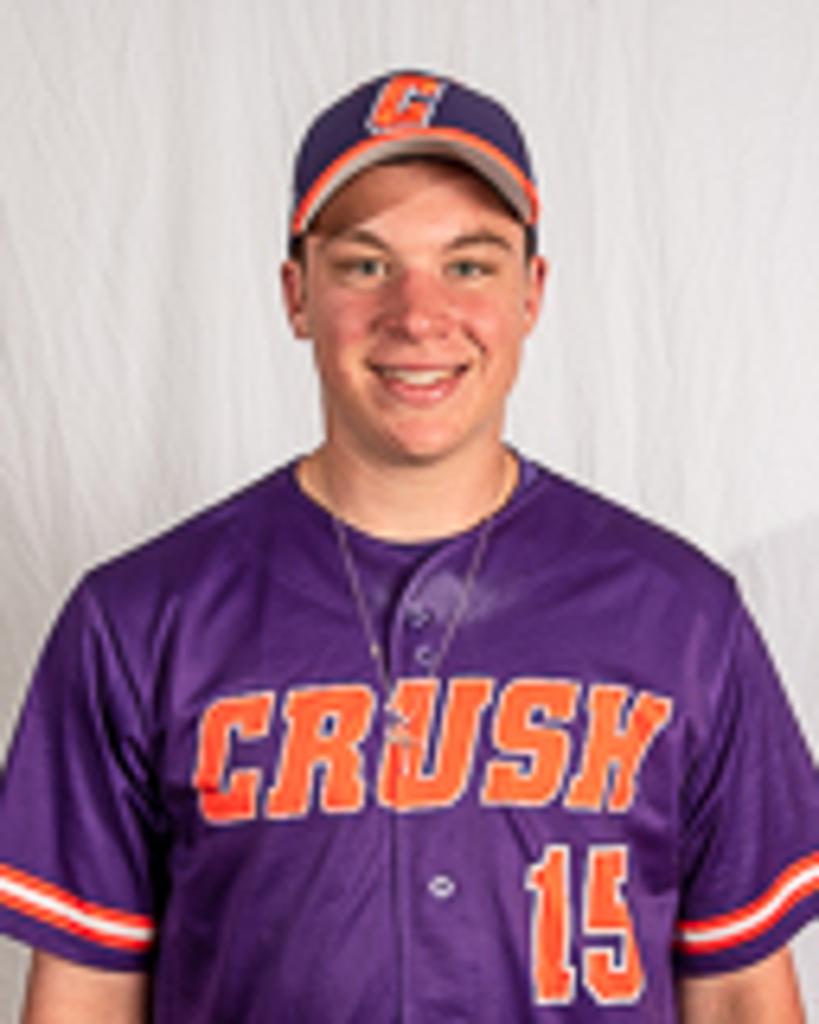 The game would hold steady at 1-0 until the bottom of the seventh. Rocco Leone hit a pinch-hit triple to center field and then scored on Luke Smith's single to tie the game at 1-1.
The Crush managed only five base hits the whole game but also drew five walks.
The Crush have Friday off before facing either the Niagara Power or Mansfield Destroyers for the NYCBL title. Niagara and Mansfield play game three of the West championship on Friday.
"It feels awesome, but we've got more work to do," Lynch said. "Mansfield was in the first week of the season, we were slumping a bit, and Niagara we lost two, should have won one at least. Whoever we face, they've got good pitching, good offenses, we're going to have to have good defense and just keep swinging the bat well and I think we'll be alright."
If Niagara wins, the Crush host Niagara at 4 pm and travel to the Power on Sunday for a potential doubleheader. If Mansfield wins, Cortland travels to the Destroyers on Saturday and then host the potential doubleheader on Sunday at 1 pm.